Lab grown diamonds: How to avoid the bow-tie effect

With specific cuts of diamonds such as oval and pear, both lab grown diamonds and mined diamonds can show a pair of black triangles. But why does this happen? Is this a good thing or bad? This guide will walk you through why the bow-tie effect happens, how to avoid it and questions you should ask your jeweller.

What is the bow-tie effect?

Diamonds shine because it reflects light. But when parts of the diamond do not reflect light effectively, it leaks throughout the diamond. And when this happens, it shows on the face of the diamond as a darker reflection across the largest facet of the diamond. This is formally called light blockage.

In the image below, we can see two distinct darker triangles in the middle of the stone. This is an example of the bow-tie effect.

What type of diamonds is prone to the bow-tie effect?

Oval, marquise and pear cuts are most prone to the bow-tie effect. But before we dismiss these two cuts, it is worth noting that the bow-tie effect can be reduced. And a good jeweller should be able to easily point this out to you.

In saying that, there are quite a few perks of the oval cut. Oval cuts appear to be bigger stones than their round and princess cut stone equivalents. With a North-South orientation, they also appear to elongate a finger. They are also the craze right now with it being one of our more popular center-stone designs, especially with a contoured wedding band with melee diamonds. And not all oval cuts have a bowtie effect that is noticeable. 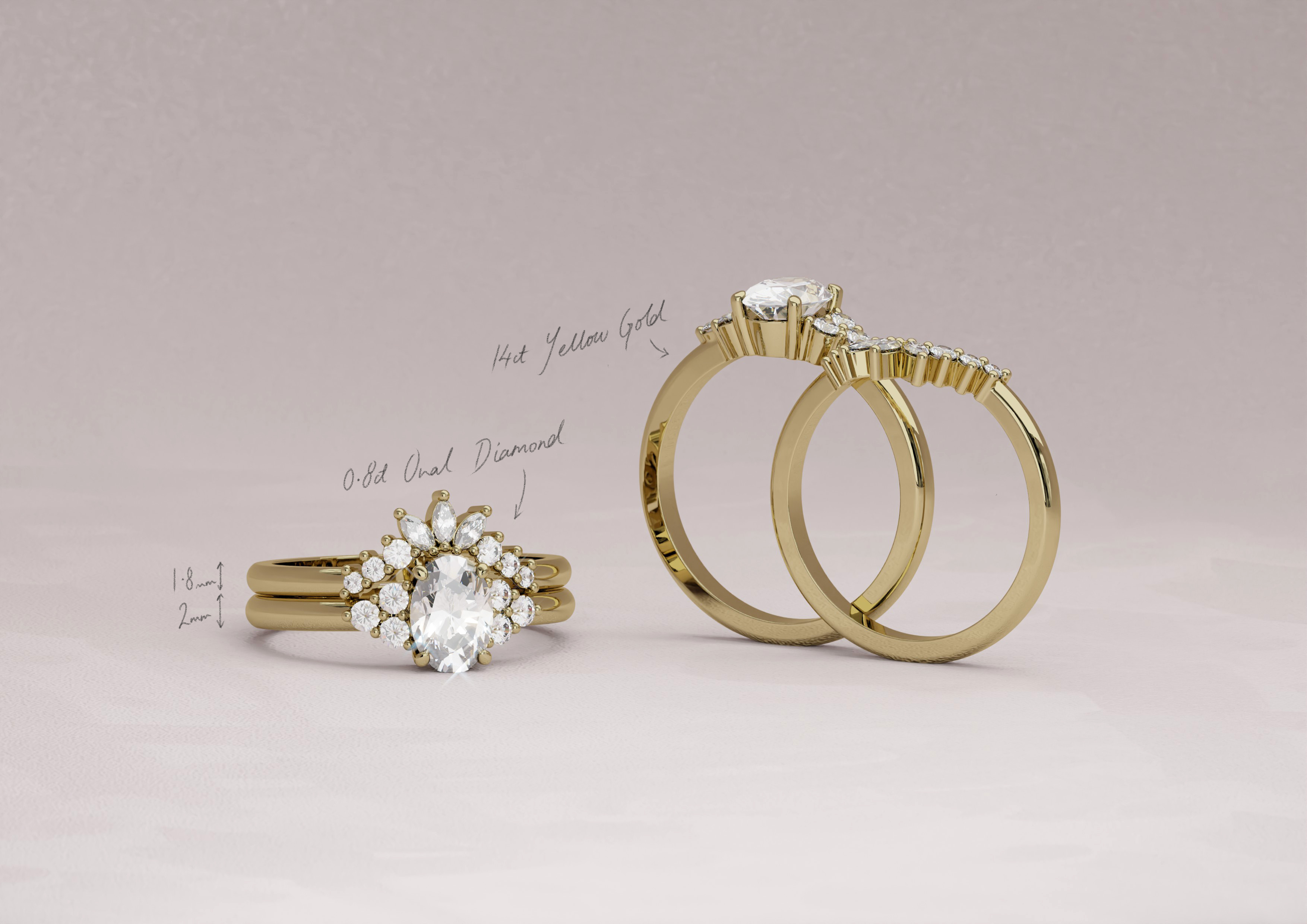 Why does the bow-tie effect happen?

When round diamonds are poorly cut, they appear less sparkly. This is because the light doesn’t reflect back as effectively. And with ovals, marquise and pear cuts, the facets aren’t bouncing the light back from where it came in from. As a result, you get light blockage.

Light blockage occurs because there is not enough light to be reflected. And the reason there isn’t enough light is that your head and body is in the way! Want to test this idea out? If you or someone you know has a large oval cut diamond ring, bring your face closer and closer to the diamond. The bow-tie will become more and more pronounced.

Can the bow-tie effect be reduced?

It is not easy to reduce the bow-tie effect. It is much more efficient to buy a diamond that has a hardly noticeable bow-tie effect to start with. It all has to do with the way in which the diamond is cut. Higher quality cuts reduce the likelihood or effect of the bow-tie. It is an interesting trade-off jewellers have to make — maximising diamond carat size all whilst being conscious of the bowtie effect.

Furthermore, the likelihood of the bow-tie effect increases with larger oval, marquise and pear-shaped diamonds. So if you are going for anything above 0.7 carats, ensure to work with a jeweller you can trust.

In the rings that we create, we ensure to limit the size of the bow-tie by picking the best possible stone that the eye can see.

Do all oval shaped diamonds have a bow-tie?

Bow ties are actually quite common because not many people know about them. And all ovals have some form of a bow-tie effect.

Having a small bow-tie effect can actually also be a good thing. The contrast can help to further elongate the size of the diamond making it appear even bigger. Furthermore, it can help to make your diamond appear shinier because of the interaction between light and dark. Of course, a balance needs to be struck.

But this does have some influence on the price of a diamond. When working with your jeweller you may find that some 1 carat oval diamonds are more expensive or more affordable than others. It is because of variables like this.

Ideally, you want to be in a happy medium where the bow-tie improves the shininess of your diamond, so working with an experienced jeweller is going to be super important.

At Four Words we take a lot of care in ensuring that the diamond you get is the best that the eye can see. This not just includes taking care of the 4Cs but also things like the bow-tie.

If you are ready to start designing your own piece, get in contact with us today.

Ready to take the leap?

Email Us
Unsure? Read our guide

Not ready?
Stay updated with the Four Words newsletter

We promise not to spam you!
Have a question? Ask here